Several types of targets are used during competitions. The cardboard targets are octagonal in brown color and available in two sizes. Cardboard targets have three scoring areas A, C and D with points per hit varying slightly depending on the power factor.

There are also targets that should not be shot (no shoot), they are generally white. A penalty of -10 points goes to the competitor who shoots it. They can be installed to limit the shooting area or access to a target for the shooter. 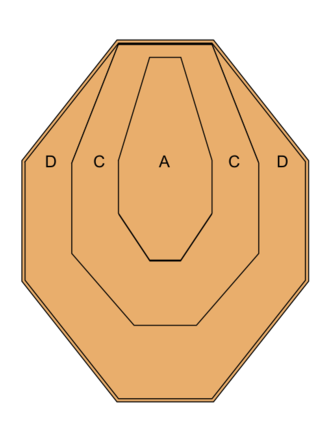 Steel targets (poppers) are also available in two sizes. The poppers are used as falling steel targets. It is also possible to use metal plates. They often act as an activator to make a target appear or disappear. They can also be used to activate an action allowing the shooter to access other shooting areas. 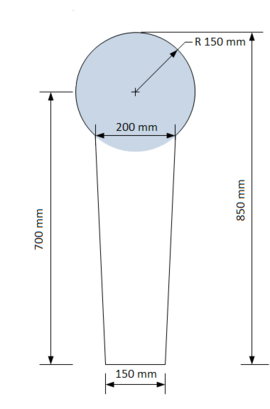 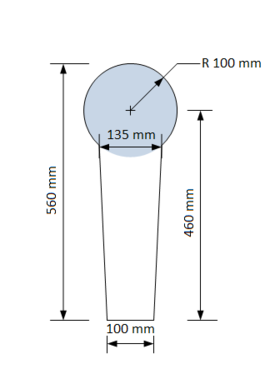 The scoring method is called COMSTOCK, named after its inventor Walt Comstock. The competitor has unlimited time to complete a stage and can fire an unlimited number of shots. The time is measured from the starting signal to the last shot fired.

Competitors are ranked for each stage according to their “hit factor” (HF), the ratio of points per second. It is calculated by adding the points (less penalties) and dividing by the time.

For example, a competitor scores 115 points in 25.00 seconds, he obtains an HF of 115 points / 25s = 4.6. The competitor with the best “hit factor” wins the stage, while the other competitors receive a percentage of the points of the best score.

The classification of competitors is based on age group (category), skill (class) and type of equipment (division).

When scoring the match, the person with the highest score is awarded the score of 100%. The other shooters are ranked according to the percentage of the winner's score. Using a calculation according to the number of matches and the importance of these, a class is assigned to the shooter.

The power factor reflects, in a way, the recoil of the gun. The power factor must exceed a certain threshold. It is calculated by measuring the speed and weight of the bullets. To measure muzzle velocity, ammunition must be fired with the competitor's firearm since speed may vary slightly from firearm to firearm.

The official unit used for power factor is the imperial unit "kilo-feet-grain per second" (kgr • ft / s) or simply call it "PF".

Get News in your Inbox
Latest News
Aller en haut